For Immediate Release – Oklahoma City, Okla. – May 4, 2017 –  The National Reining Horse Association (NRHA) is excited to announce its newest unofficial earner of the Million Dollar Sire milestone, Hollywoodstinseltown. The 2004 AQHA Palomino stallion, owned and bred by David Silva, Sr. joined this elite club after his offspring’s great success at the 2017 National Reining Breeder’s Classic (NRBC). Together, Hollywoodstinseltown’s offspring unofficially earned over $52,000 throughout the event. 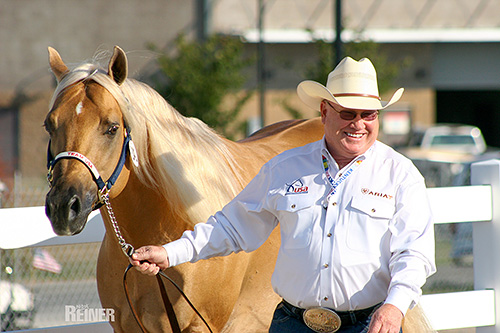 Founded in 1966, the National Reining Horse Association is a nonprofit association dedicated to promoting and encouraging the development of and public interest in the sport of reining. The focus is on developing and maintaining suitable standards of performance and judging and in providing a fun filled, family-oriented atmosphere.